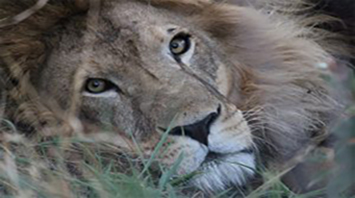 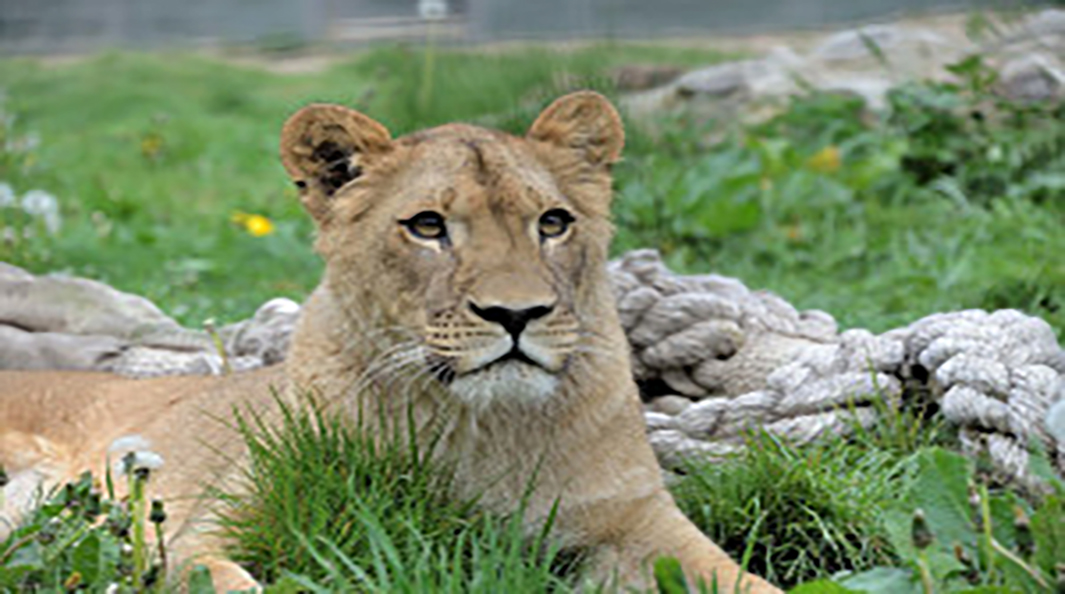 Yesterday morning we went to introduce Omar and Mahli. Omar needed some encouragement to step through the gate.
There was one moment when Mahli claimed back her space a little, but Omar reacted as a real gentleman en lay down a couple of meters from her. After 10 minutes or so Mahli lay down right next to him in the shade. This was a brillliant moment. Omar is really being a gentleman and Mahli is very confident in the situation! 💪🏼

Today Omar did not hesitate and walked straight up to Mahli. He lay down just outside her feeding area, where she was sleeping, to be able to look at her and be close to her.

Woooooow yeah another couple. I’m so happy for Omar! He deserves a nice lady! 🦁❤️😻😍🔝

What great news. Who would have thought that Omar would find / get a partner. I wish Omar and Mahli a good life together.

This is so amazing. Loving the new couples

Hé came from so far! So proud of Omar! ❤️

Let’s start with a lesson about the African Lion’s role in the ecosystem.

- Population Control
Lions play a key role in the food chain by helping to control the herbivore population. If the herbivore population is not regulated, the increase of competition among them would cause some to go extinct and thus reduce biodiversity. The lions have a reputation of being the ‘chief’ predator of their habitat as they are known to even kill large herbivores such as elephants and giraffes.

- Disease Control
Lions prey mainly on herd animals. Nature comes to play as lions take down the weakest of the herd. This keeps the herd population resilient and healthy. If lions did not exist, there would be a symbiotic relationship between parasites and herd animals. This way, parasites could increase and spread throughout the herd, resulting in fewer healthy animals.
Smaller Carnivores
Where predators like lions do not exist, smaller carnivores tend to increase. Smaller carnivores such as olive baboons will reproduce more and cause complications for farmers by destroying their crops and livestock, and spreading diseases.

A special thank you to LeoVegas Group for the extra donation on this special day! ... See MoreSee Less

A big thank you for the donation! 💖

Come and see our lion sanctuary project. You can stay in the lodge on the nature reserve.

Help the lions by adopting your favourite.

The Lions Foundation can only help discarded lions with your help!

The Lions Foundation is located in the Schrikkloof Nature Reserve.

The Lions Foundation provides a home for lions in need from
all over the world in their
natural habitat.

28 January 2021We’re very sad to announce that our beloved lioness Masrya passed away. Before the...

END_OF_DOCUMENT_TOKEN_TO_BE_REPLACED

January 2021  We have opened the gates to the big roaming areas for most lions! They all started...

END_OF_DOCUMENT_TOKEN_TO_BE_REPLACED

January 2021  We'd like to thank our vet, dr. Peter Caldwell, who came to The Lions Foundation...

END_OF_DOCUMENT_TOKEN_TO_BE_REPLACED

Come and see our lion rehabilitation project. You can stay in the lodge on the nature reserve.

Help the lions by adopting your favourite.

The Lions Foundation is located in the Schrikkloof Nature Reserve.

28 January 2021We’re very sad to announce that our beloved lioness Masrya passed away. Before the move to The Lions Foundation at Schrikkloof Masrya stayed a few weeks at the clinic of our vet in South Africa, Dr. Caldwell. Her kidneys where failing which led to...