Born: 2011 and 2008
Bruno comes from a private owner in the Czech Republic, Ziera from a German animal trainer
Family: Bruno is the brother of Omar

Bruno is from the same litter as Omar, born in a circus. He was kept in a cage at the home of a mafia boss. When this man was sent to prison and died there, his wife wanted to get rid of the lion and called Stichting Leeuw, who picked him up in April 2015. Bruno was in much better physical condition than Omar when he arrived at the shelter, but he displayed some stressed behaviour. At Stichting Leeuw he gradually calmed down, and in 2017 he moved to South Africa. He remains suspicious of people, so his new, large natural enclosure is perfect for him. As living alone is not natural for a lion, we matched him with Ziera.

Ziera lived with a lion tamer, together with Nora and Mahli. When this trainer could by law no longer perform with these lionesses in circuses, she took them to Stichting Leeuw in the Netherlands. The three ladies stayed in quarantine for a couple of weeks and were then moved to South Africa, where they belong. She is now matched with Bruno, and literally can’t take her eyes off of him! 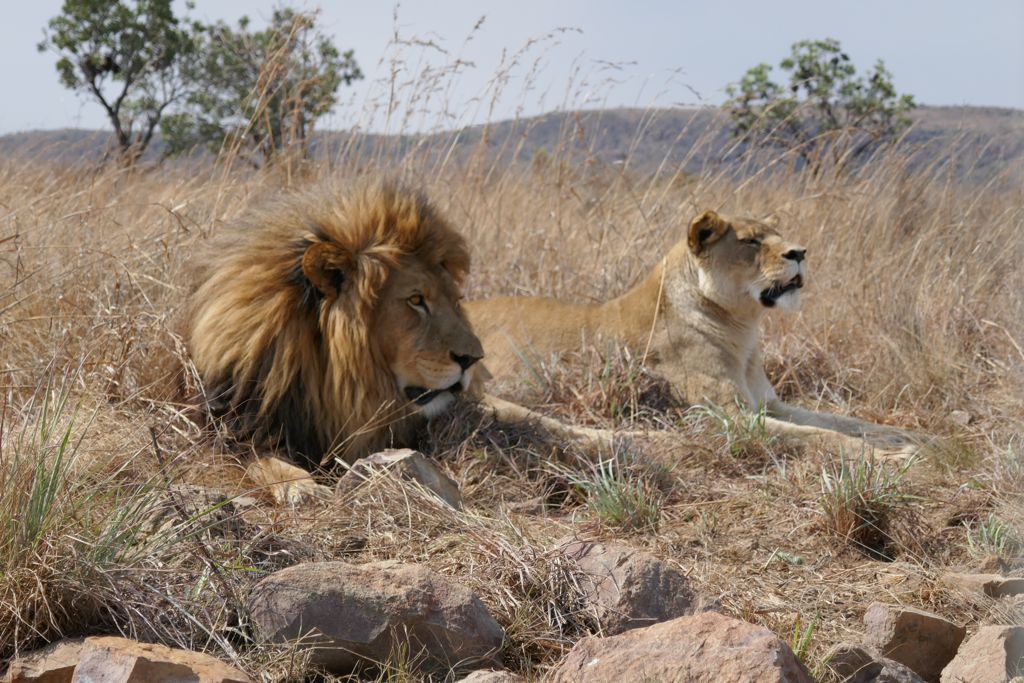