Born: 2011
Comes from: Private owner in the Czech Republic
Family: brother of Omar

Bruno is from the same litter as Omar, born in a circus. He was kept in a cage at the home of a mafia boss. When this man was sent to prison and died there, his wife wanted to get rid of the lion and called Stichting Leeuw, who picked him up in April 2015. Bruno was in much better physical condition than Omar when he arrived at the shelter, but he displayed some stressed behaviour. At Stichting Leeuw he gradually calmed down, and in 2017 he moved to South Africa. He remains suspicious of people, so his new, large natural enclosure is perfect for him. As living alone is not natural for a lion, we aim to in time match him with one of the three lionesses Nora, Ziera and Mahli. 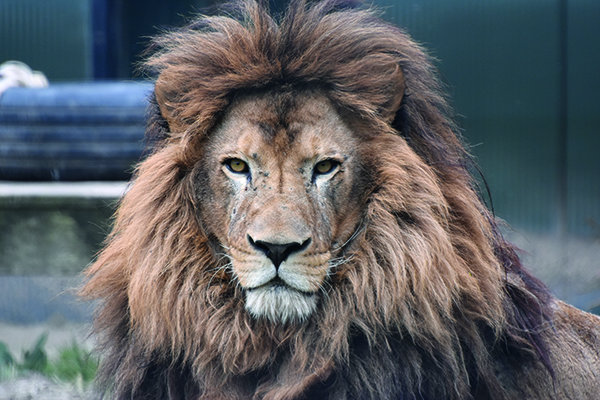