One of the objectives of The Lions Foundation is education. The foundation aims to make visitors aware of the ways in which lions are endangered and show them how they can help determine their fate on a small scale and a larger scale.

Learn about the fate of lions
So, what can we do to prevent the abuse of lions? Sometimes apparently harmless activities can have a major effect on an animal’s well-being. For instance, posing for a photograph with a cute small cub. These cubs are taken away from their mother at a very young age, to be photographed with tourists. As long as tourists are willing to pay to have their picture taken with a cub, this form of animal abuse will continue to happen.

Did you know…
… that in South Africa cubs are bred to be photographed with tourists?
… that as soon as these animals are too big to cuddle, they are used for hunting?
The same tourists can pay to shoot a real lion.
… that most tourists unwittingly contribute to the suffering of lions by visiting cub petting or walking with lions tourist attractions?
… that some people pay a lot of money for a dead lion?
This is because they believe that parts of the lion are medicinal. The whiskers of lions are used in medicines against toothache and the eyes in remedies for malaria. For a wild lion rich people pay as much as for three apartments in Moscow.
… that with fewer than 3,000 wild lions, South Africa has more lions languishing in captivity than in the wild? 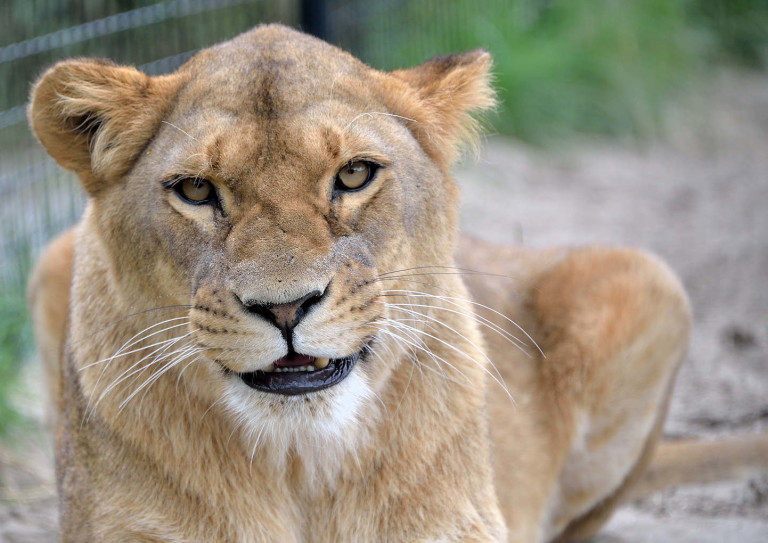 November 2021Our vet, dr Peter Caldwell, came with a group of veterinary students from...

END_OF_DOCUMENT_TOKEN_TO_BE_REPLACED

21 June 2021 Last week our caretakers at The Lions Foundation became worried when our dear lioness...