Born: 2012 & 2010
Come from: Masrya comes from a private owner in Cairo, Egypt and Nero from a French circus

Nero comes from a French circus but was transferred to a Dutch circus as a cub. There people could pay to have their photograph taken with the lion cub. But when winter announced the end of the circus season, the circus didn’t know what to do with Nero. He was kept in a trailer. After a tip Stichting Leeuw picked up Nero. At the rescue facility he soon felt at home.

Masrya was a picture cub too. To make longer use of her for this purpose, she was declawed. She is from Egypt – in fact, her name means ‘Egyptian’. When she grew up, she was sold to a pet shop and kept in a two square meter cage in Cairo. Often people would throw stones at her and poke her with sticks. A German tourist who witnessed this, contacted Stichting Leeuw. Once there, she was put together with Nero.

Nero and Masrya were the first lions to be moved to South Africa, in May 2015. They now live in an enclosed stretch of nature. The keepers and volunteers there keep a close eye on the lions, but don’t interfere too much with them, so they can live like lions should. Nero and Masrya now feel completely at home and enjoy a semi-wild life. 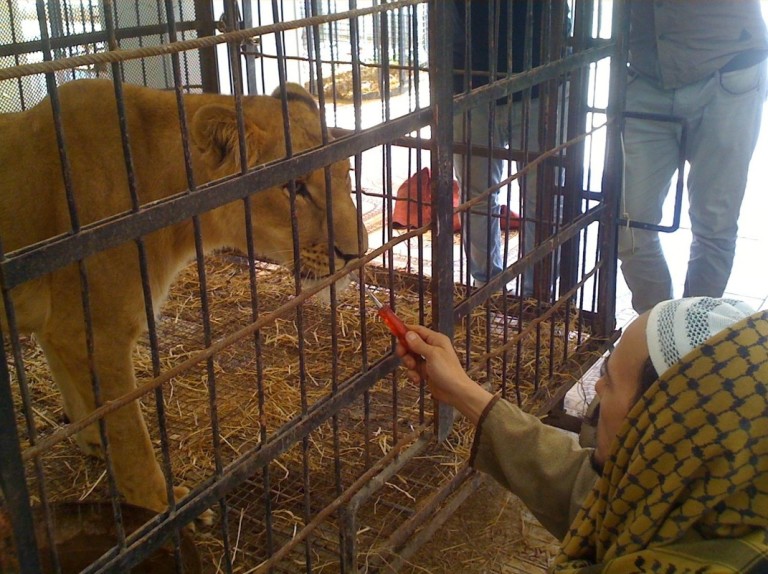 Stichting Leeuw’s proud lioness Masrya is now an entirely different lioness than the sick weak creature once rescued by the foundation. Her story begins in the streets of Cairo, Egypt where she was a picture cub for tourists. Her owner had her declawed to prevent her from scratching tourists while taking photographs.

As she got older, she was purchased by a private collector of exotic animals. She was placed in a small cage at the head of a busy street to promote her owner’s private zoo. The cage was big enough to lie down in, to stand up in and to sit in… but that was it. The only thing this majestic creature could do was watch people walk past her cage, day-in and day-out.

Until one day a German tourist noticed Masrya’s hardship and she resolved to help the poor lioness. She contacted Occupy for Animals to ask for their help in helping Masrya. They in turn contacted animal welfare organisation Spots and together the two organisations raised the funds and arranged the paperwork to save Masrya. Stichting Leeuw was asked to provide a place for Masrya to live and once this was arranged the rescue operation was ready to go.

When Masrya finally arrived at Stichting Leeuw she was so weakened by her limited space to move in and a shortage of red meat in her diet that she could barely walk. After lots of loving care, Masrya is doing much better now.

Masrya is a very people-oriented, friendly lioness. She shared her outdoor enclosure with male lion Nero. The two became inseparable and therefore returned to Africa together. The semi-wild is as good as it gets for Masrya, because of her physical limitations and because she was declawed. 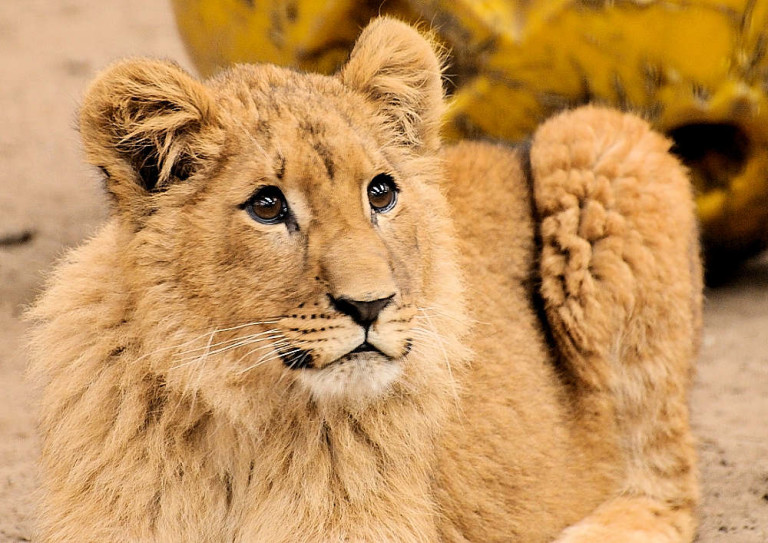 This picture features Nero as a young cub. He grew up at Stichting Leeuw to be a big proud lion and the visitors’ favourite. Nero was the only surviving cub of a nest of four captive born cubs at a French circus. Since the circus had decided to cancel its lion act, Nero was sold to another circus. This circus offered visitors an opportunity to have their picture taken with the cub for payment. Nero was a picture cub. He spent most of his days hidden away from sight in much too small a cage. After receiving a tip from a concerned circus contact, Stichting Leeuw took Nero to their rescue facility. Nero wasn’t even 4 months old when he arrived on the estate.

Nero is now an adult lion, but still as playful as ever and sometimes very stubborn and rowdy. Masrya is his partner for life. They moved as a couple to the beautiful large enclosure at The Lions Foundation in South Africa.

Did you know…
… that Stichting Leeuw aims to return more lions to their natural habitat?

Help make this possible by adopting a lion. 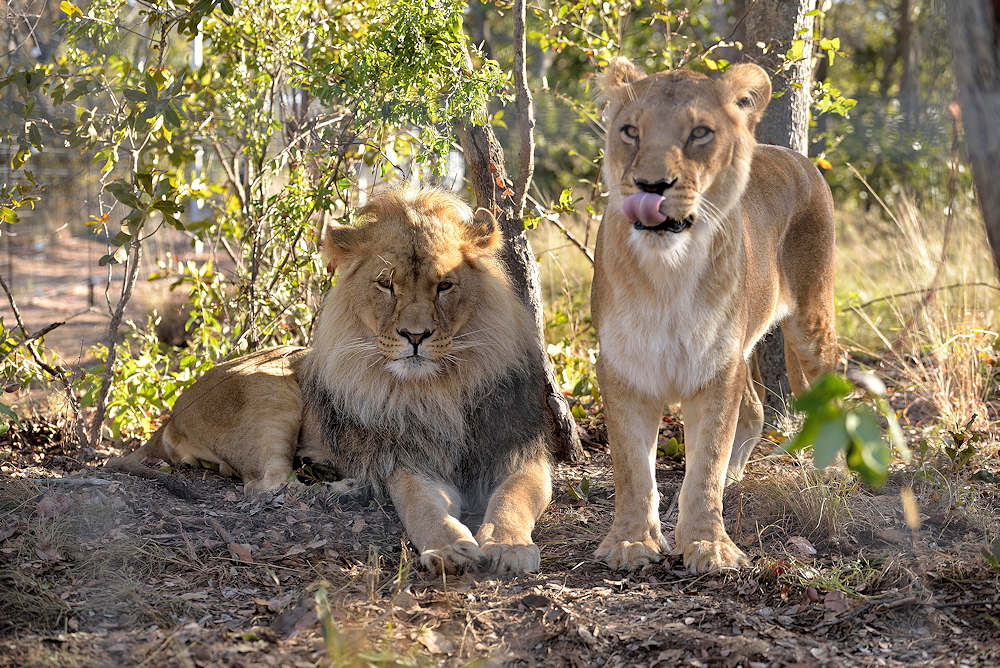