Most lions were rehabilitated from our main rescue facility Stichting Leeuw in The Netherlands. This foundation is a sanctuary for about 35 big cats; lions, tigers, leopards and cougars from circuses, private owners, zoo surplus, breeding stations and the entertainment industry. 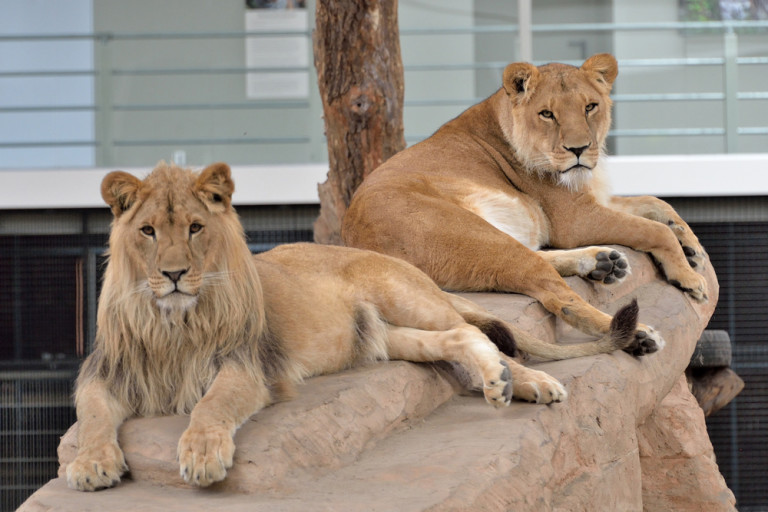 Rehabilitation of the first lions to Africa
Only two years after the start of Stichting Leeuw, an amazing milestone was reached. Late May 2015 saw the return of two lions to Africa. The lion couple Masrya and Nero were the first lucky ones. Saying goodbye to these lions was a bittersweet happening. Both have had a harrowing past, and they were dearly loved by the keepers, volunteers and visitors of Stichting Leeuw.

The couple found a home on a large fenced stretch of land at The Lions Foundation. Masrya and Nero would never have survive in the actual wild. Because of the physical disabilities they have as a result of their past, they will always need to be fed. The journey to Africa and installing the fences around Masrya and Nero’s new home, was financed by Stichting Leeuw. By donating you can help make their story one of many more.

Unfortunately, Masrya passed away in January 2021, as a result of kidney failure. Nero soon needed a new companion, so he was introduced to Nora, a former circus lioness. Pairing these two was done in careful steps and was very successful! 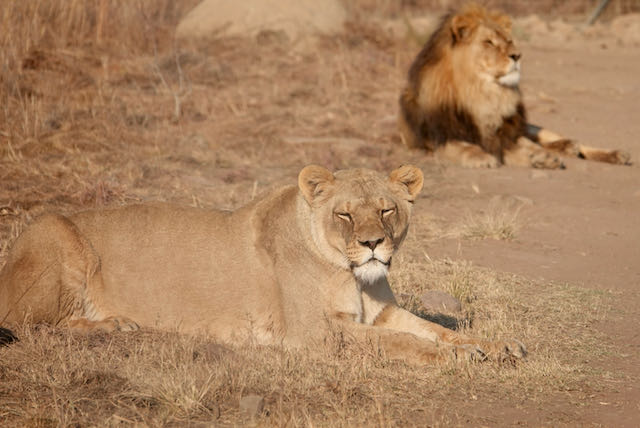 END_OF_DOCUMENT_TOKEN_TO_BE_REPLACED

28 January 2021  We’re very sad to announce that our beloved lioness Masrya passed away. Before...

END_OF_DOCUMENT_TOKEN_TO_BE_REPLACED

January 2021  We have opened the gates to the big roaming areas for most lions! They all started...