Stichting Leeuw is a rescue facility for big cats, which is situated on Landgoed Hoenderdaell in the Netherlands. In April 2012 the first big cats were moved to Stichting Leeuw. The foundation aims to shelter big cats in need. If at all possible, shelter will be temporary and will prepare the animals for a return to the semi-wild in their natural habitat. The rescued cats come for example from private parties or from circuses, which as a result of new legislation in an increasing number of countries, are no longer allowed wild animal acts. The owners look for a place where these lions and tigers can live in comfort for the rest of their lives. Stichting Leeuw provides such a place.

The objectives of Stichting Leeuw are: 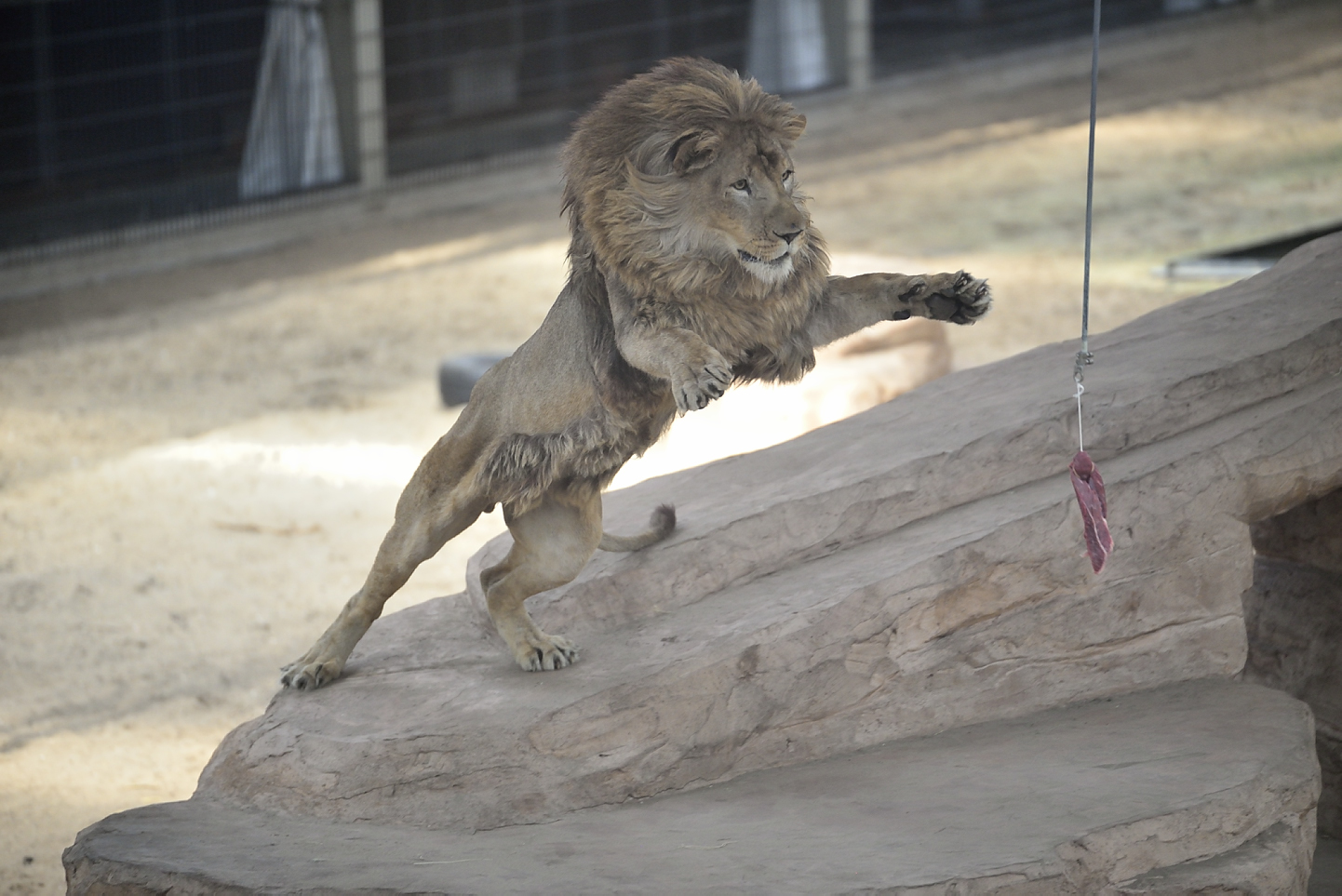 The Lions Foundation and Stichting Leeuw

In 2019 Stichting Leeuw opened The Lions Foundation, a new lion sanctuary in South Africa, situated in the beautiful Schrikkloof Private Nature Reserve. Here our lions have found their final destination in their natural habitat. They live in large enclosures, which we call the semi-wild. Here they have peace and quiet after a hectic life in the circus or as a ‘pet’.

The story of Bruno

Bruno was born into the circus and sold as a young cub to a person who wanted to own a lion. The young cub was ‘spoilt’ with toys and seemingly taken good care of… but caged.

When the owner passed away, the family contacted Stichting Leeuw in Holland. Stichting Leeuw offered Bruno a temporary home. His physical condition improved. Bruno became a very strong and powerful lion, but he disliked people. He turned his back on them and ignored them. At Stichting Leeuw he became more and more relaxed, and ready to undertake the long journey to his natural habitat.

Then the last day in Europe – Bruno in the snow!

In December 2017 Bruno was relocated to South Africa and now lives a life ‘as good as it gets’ at The Lions Foundation.

November 2021Our vet, dr Peter Caldwell, came with a group of veterinary students from...

END_OF_DOCUMENT_TOKEN_TO_BE_REPLACED

21 June 2021 Last week our caretakers at The Lions Foundation became worried when our dear lioness...